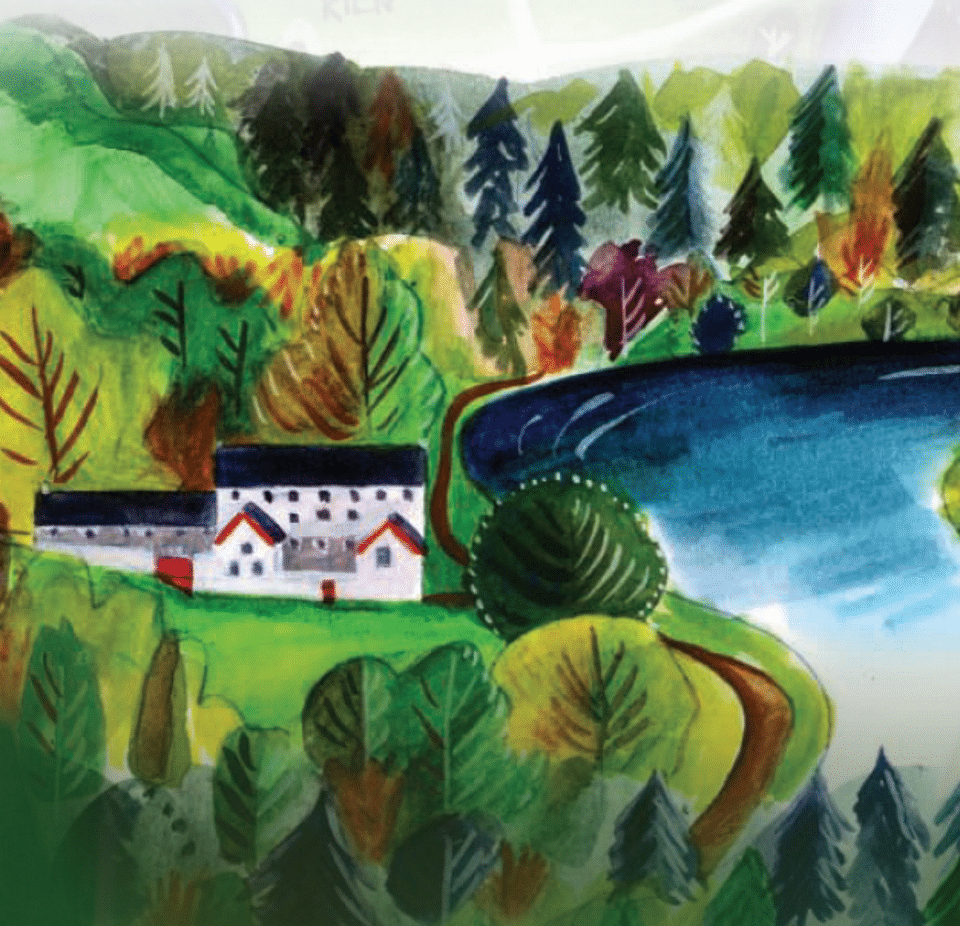 This four story building was once the store house for all goods coming and going on the river, everything from cart wheels to timber, oats, cloth, nails, Spanish sherry, barrels of stout and the odd bottle of whiskey.

Martin and Emer O’ Brien set about restoring the building in 2008 and opened The Mullicháin Café in March 2009. Many of the original features have been retained including the Canadian pitch pine beams and the lime plaster walls.

The building was previously re-roofed by PJ Hayes on May 27th 1847.
The café is managed by Mark O’Brien, son of Martin & Emer. The first floor has a selection of books on history, myth and mythology for a leisurely read.

The café has a beer & wine license.

St. Mullins is famous for being the central point of a large collection of beautiful and scenic walks, some of which are outlined here.